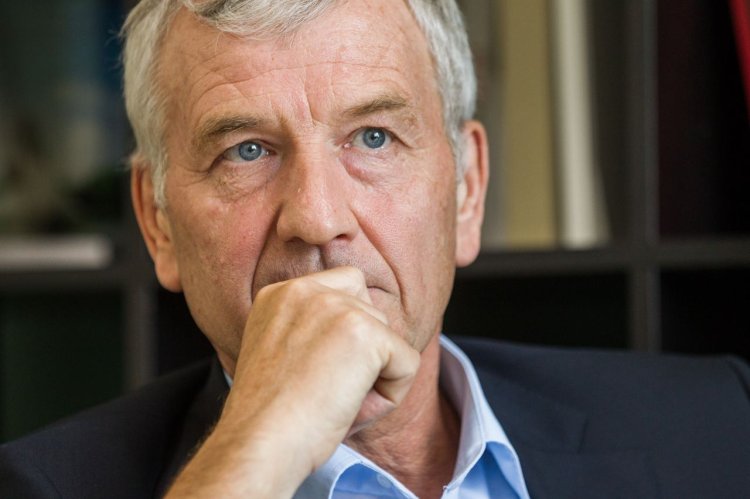 The desire to buy “Rolf” was expressed by more than 10 companies, including foreign, said the founder of Russia’s largest car dealer and a member of Forbes Sergey Petrov. He said he did not expect so many offers and named the possible reasons of the sale

Ten or twelve companies, including foreign, claim to buy the largest Russian car dealer “Rolf”, the founder of the company Sergei Petrov told #127 on Business FM radio. The businessman said it was unexpectedly large and the list of contenders is still being formed.

“Rolf belongs to a Cyprus company, which, in turn, is owned by a trust, acting in the interests of the businessman’s family. Petrov emphasized that he would not make the final decision, but his opinion may be taken into account. When asked what plans he had for the capital he would receive from the sale, Petrov said that this had not been discussed with him.

The fact that Rolf was put up for sale became known in the middle of November. Delance Limited, through which Petrov’s family controls the business, plans to sell the group to a single buyer, its representative told TASS. At the end of June, a criminal case was opened against Petrov and other executives of the company for the transfer abroad of 4 billion rubles. Anatoly Kairo, director of the business development department of the car dealer Rolf, was placed under house arrest in the case. Petrov is now abroad. He, former general director of Rolf Tatiana Lukovetskaya and director of Cyprus company Panabel Limited Georgiy Kafkaliya are declared in the international wanted list by Russia.

Speaking about whether the sale was related to the criminal case, the founder of Rolf said that is how he would behave if he were running the company. “If asked, I repeat, this is not a personal question, but motives – you have to look broadly at the overall business climate in the country. So many companies are now considering whether or not to continue in business. Everything seems to be fine, and the sun is shining, and Moscow is looking better, but some investigator may call and say, “Well, I think so, and tomorrow you…”. – and what he promised, a search or arrest,” he said.

In addition, the entrepreneur talked about his feelings as the founder of the company. “Anyone feels regret, because at the founding I had the idea that we were starting a new life, new businesses that would be passed on to children, grandchildren. We had plans to produce parts first and then cars. We wanted to produce electric cars. Naturally, it is not fated to be done now, because it requires a business climate not where everything is managed by the power structures, but where business people manage everything,” said the founder of Rolf.