Inditex, which owns the Zara and Massimo Dutti brands, is increasing its net profits thanks to its reliance on technology. The company delivers online purchases to customers almost all over the world

Sales of Inditex holding (owns brands Zara, Oysho, Massimo Dutti, Pull & Bear), founded by Spain’s richest billionaire Amancio Ortega, grew by 7.5% in the first nine months of the fiscal year (from February 1 to October 31) to €19.8 billion. The net profit of the company during this period increased by 12% to €2.72 billion, Europa Press reported citing Inditex financial report.

Inditex’s sales growth came thanks to billionaire owner Ortega’s investments in e-commerce development, Bloomberg said citing the company’s financial report. This year, the holding company appointed Ann Lange, co-founder of technology startup Mentis (software that specializes in online sales), to its board of directors. And it introduced RFID (automatic object identification) technology in its stores, which makes inventory management much easier and allows employees to spend more time with customers.

Inditex has launched online stores in Ukraine, the Philippines, South Africa and Colombia. Inditex brands can now be purchased online by consumers in more than 200 countries. Most of the holding’s competitors do not have such coverage, the agency notes.

Inditex capitalization, according to Bloomberg, as of December 11, amounted to €89.2 billion. Since the beginning of the year the company’s shares rose in price by 29%. The main beneficiary of the holding is Amancio Ortega (he owns about 60% of the shares). In early 2019, Forbes estimated his fortune at $62.7 billion (sixth place in the global ranking of billionaires and first in Spain). Forbes Real-Time ranking on December 11 estimated Ortega’s fortune at $71.7 billion. 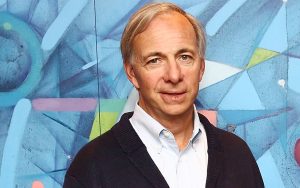