The fortunes of British billionaires grew after the Conservatives, led by Prime Minister Boris Johnson, won a historic election. The Opposition’s rise to power threatened to lead to an exodus of businessmen from Britain

After the Conservatives won a landslide victory in the December 12 parliamentary elections, some of Britain’s richest people found that their fortunes had increased markedly.

For example, Peter Hargreaves (No. 18 on the British Forbes list), who founded the financial firm Hargreaves Lansdown in 1981 with fellow entrepreneur Stephen Lansdown, working out of an empty room in his Bristol home. Hargreaves is an ardent supporter of leaving the European Union (Brexit). In December 2019, he donated $1.28 million to the campaign of Boris Johnson, whom he once called a “buffoon.” By giving $4.27 million to the Leave.EU project, the billionaire became the second largest contributor to the Brexit campaign. According to Forbes Real-Time rankings, updated in real time, Hargreaves’ fortune has grown by $118 million since the election results were announced to $4.3 billion.

The year ends on a positive note for Hargreaves after a scandal involving the collapse of former stock market star Neil Woodford’s investment funds, in which the Hargreaves Lansdown firm he once controlled invested heavily.

The fortunes of British billionaires rose after the Conservative Party won 365 of the 650 seats in the House of Commons at the end of the election. In doing so, Johnson’s supporters won the most significant advantage in the House since 1987. The Labor Party retained 203 seats and lost 42: after Britain never left the EU on schedule, some constituencies chose to vote Conservative for the first time in decades. After three years of stagnation in the British business community, the election results give Johnson and the Conservatives an opportunity to fulfill their promise and “implement Brexit.

According to Forbes Real-Time, the fortune of the Hinduja brothers (No. 1 on the Forbes UK list), estimated at $16 billion, has grown by $116 million. The family’s money is divided among four brothers: Srichand, Gopichand, Prakash and Ashok, who together control an international conglomerate specializing in everything from trucks and lubricants to banking and cable television.

The fortune of Sports Direct owner Mike Ashley (#23 on the British Forbes list) rose by $69 million. Before the election, Labor leader Jeremy Corbyn criticized Ashley for “not paying his employees enough” and “driving Newcastle United into the ground.”

The fortune of Richard Branson (No. 21 in the British Forbes list), famous for his business empire Virgin, has grown by $86 million.

Criticism of billionaires was Labor’s mistake — fortunately for the U.K. economy, says Tim Fockas, director of financial services at the Parliament Street Research Center in Westminster.

“The highest income earners now account for a notable share of total income tax. The richest 0.1 percent pay more than a third of all income taxes that go into the treasury. That’s about 31,000 people, but if even a few thousand of them decide to move to Singapore, UK tax revenue would evaporate overnight, and vital spending funding would suffer as a result.” Previous post The figure of the highest pinotage: how the billionaire Galitsky’s wine turned out 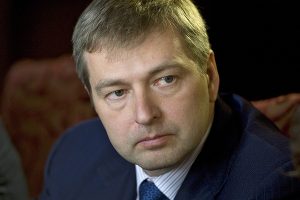